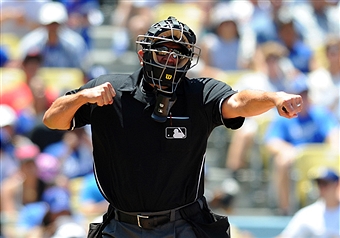 WHIP.  What is WHIP?  WHIP is an extremely important statistic that can be used to evaluate a pitcher’s effectiveness at all levels.  It is used an extreme amount as an evaluating tool at the professional level.   So what is it?!?

WHIP is the addition of walks + hits / innings pitched.   It is important to note that a pitcher who locates isn’t just someone who doesn’t walk people.  You could be a pitcher with good control.   For example, a pitcher who has an extremely low walk total but a horrendous hit total.  The whip statistic shows how many people you are letting on base per inning.   A number in the low 1’s is solid.  WHIPS hovering around 1.00 or sub 1 and you are doing outstanding things on the mound.  Not only are you not walking anyone, you are not giving up hits either, which means the pitches that you are throwing for strikes are very well placed, or you are controlling to a degree pitches with an exceptional level of movement or velocity.  A pitcher with a low whip will typically have a higher strike %.  In rare cases, it may be possible for a pitcher to have a higher walk total and an attractively low hit total.  We theorize this to be the results of a pitcher with high velocity, or exceptional pitch movement, who has the ability to just “control” (Poor quality strikes) pitches enough to be effective. A combination of both velocity and movement couple with a degree of control would be necessary to yield positive results.  Velocity WITHOUT movement and vice versa while only yielding control like strikes (poor quality) will produce a sub par WHIP.  Solely commanding (high quality strikes) pitches can produce a quality WHIP.  Coupling command with movement or velocity can yield even greater results.  Understanding the building blocks  that create a successful WHIP start with command is essential toward achieving your immediate goals.

Revisiting the pitcher with good control, he presents the ability to throw strikes that are not quality ones.  Regardless of speed, pitches thrown on the fat parts of the plate statistically have a higher chance of being hit, and being hit hard.  Major league and Minor League Baseball ranks hard hit % for their hitters across all levels.  It’s no surprise that most hard hit balls correlate with poor quality strikes thrown by pitchers.  Hitters that demonstrate a higher hard hit averages on well located pitches are extremely impressive and few and far between.  This is where hitters can separate themselves from the pack.  And this is where pitchers need to express the intelligence of where each pitch was thrown to that particular hitter in sequence.   It becomes a chess game when a great hitter meets a great pitcher.  I believe this to be what sometimes major league baseball games are able to display.  On the flipside, this is why an average hitter facing a great pitcher is always going to be overmatched.  The percentage are just not in your favor if you haven’t figured out how to handle well located pitches, or possess a rock solid approach.