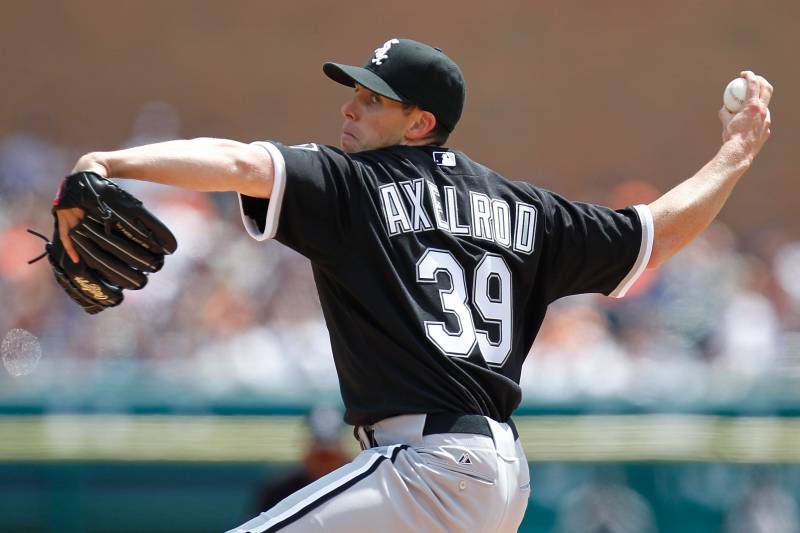 Dylan: I believe my dad first introduced me to the importance of control when I was a young kid pitching to him in the backyard. He always told me to “hit the glove”, a simple cue but a powerful one for a young kid to internalize. As I got older, coupled with game experience, I learned what locations worked best for me according to game script. In other words, learning hitters, situations, counts, and myself played a huge roll in my success as I kept moving up levels.

Dylan: For me, controlling the strike zone felt almost inherent. While all the other kids were lobbing up balls somewhere near the zone, I was trying to hit the outside corner. I always had success at a young age pitching and that continued through high school. Along the way, control began to be more refined and I was able to command the strike zone, putting the ball where I wanted most of the time. In high school I topped out at 78mph as a senior but won the league MVP as a PO (pitcher only). I believe it was this foundation of location that allowed me to then focus on velocity as I entered college. As my velocity increased, my command remained or probably kept improving.

Dylan: I believe consistent mechanics are the key to command. Being mechanically sound and having your body in the right positions predicates consistent command. Recently at the MLB level, there have been many pitchers messing with timing during their delivery. They can do this because they eventually get into the same position approaching foot strike and into release as they do with their normal mechanics. Young pitchers who try to emulate this this who can’t even master their normal mechanics are often creating bad habits and inevitably bad results in the long run.

At UC Irvine, we used a string running across the plate in the bullpen. I thought it was a great external cue for throwing the ball at the bottom of the zone. Understanding that a pitch at the bottom of the zone was usually successful even if it drifted over the plate was a powerful confidence builder. I think that many pitchers and coaches emphasis on location goes too far. Pressure to be on the corners all the time leaves such a small window for error. Being perfect is not necessary for success and creates too much pressure for most pitchers. Once I realized this in the early stages of my pro-ball career, it just gave me more freedom to use my athleticism and trust that my “stuff” was good enough if I was good, but not perfect. Throwing with conviction is the most important mentality in pitching. When it was time for me to throw a fastball to a spot, I almost always had conviction because of my past success with locating from a young age. This game me the mentality that I had the freedom to pick out the spot I was throwing to, have confidence it would it up pretty close to there, and then focus on intent and velocity. In fact, trying to throw hard actually helped my command.  I attribute this to a couple of things. First, was always pretty athletic and then trained at a high level sports-science based training facility (Peak Performance Project) during my pro career and my body awareness was exceptional. Second, I developed “feel” of how pitches came off my hand through some drills taught to me by Rick Sutcliffe. Having a deep understanding of how the ball feels off your fingertips allows quick feedback if adjustments need to be made without radically changing mechanics. Sometimes it is as simple as hand position and finger action at release.

Dylan: For me, glove-side down was always my best pitch, I commanded that side of the plate better than my arm-side.  At the higher levels, you must be able to pitch inside, I wasn’t exceptional at this at all to right handed hitters (arm-side). I learned that my best success came when I understood that I would be corner or off the plate to right handed hitters. Again, not forcing myself to be perfect and being okay if the pitch ended up a ball. Having good command, it didn’t bother me much to fall behind in counts because I could get back into them by throwing a changeup or cutter to a good location behind in the count.

I played in the age before all the spin tracking tech was readily available. I probably would have benefited from knowing that I had a high spin rate fastball, and even higher Bauer Units (normalized spin rate per velocity which as a guess I would have put me in the top 10% of MLB for that metric). Therefore, I probably would have had success pitching up in the zone more.

In summary, I think the first spot a pitcher needs to master is glove-side down for 2 reasons. First, it makes you get extension and is hard to do if you fly open too early or have a late arm, so it generally promotes sound mechanics.  Second it will always be a good pitch and a safe place to go for success in most situations.

Dustin: When you were an amateur pitcher, how did the pitching culture of the game in general affect your training?

Dylan: Growing up and in high school, I did not lift weights until my senior year. The culture of training in the weight room and weighted balls and things like that hadn’t gotten to my sleepy beach town of Santa Barbara. I ran for distance bit, because I always heard pitchers should run (this makes me cringe now). It was not until college that I learned more about training and was introduced to Jaeger style longtoss, some simple weighted ball exercises and the weight room.

Dylan: Develop a routine. It takes years to get dialed in on what works best for you and starting now will put you ahead of the curve. Routines should be structured but also dynamic. In other words, ou own the routine, the routine doesn’t own you.

Try different training strategies as long as they are proven and smart, see what sticks, you have the luxury of time. There is nothing worse than buying in to one train of thought and shunning everything else. Find a smart place to train physically hat doesn’t treat you as a robot. Find a smart coach to work with who doesn’t cookie-cutter you into how they pitched. Example, in college Chris Sale threw the traditional way his first couple years and he was only low to mid 80s. They decided to drop him down and just gave him the freedom to be athletic and find something naturally for him.  I’d say it worked out.

Lastly, don’t accept the “pitcher’s aren’t athletes” tag. Make yourself more athletic, play other sports, develop proprioception and feel any opportunity you get. Be strong, be fast, be explosive and remember to be of a “no-limits” mindset.  I threw 78mph in HS and played parts of 5 seasons in MLB topping out at 94mph.  If I can do it, you can do it, you just need to want it, believe it, and work your tail off.

BIO: Dylan Axelrod is a Santa Barbara native and was drafted in the 30th by the San Diego Padres of the 2007 amateur baseball draft. He went on to play 9+ years of professional baseball logging 5 seasons as an MLB pitcher. Dylan and Dustin first met with the Windy City Thunderbolts in 2009, an Independent team where they were locker mates for parts of the season. Dylan now runs a “Data Driven” baseball training facility in San Diego, CA called 3D Elite Performance. You can follow him on Twitter @DylanAxelrod @3deliteperform @p3sportscience also find on Instagram @3Deliteperform