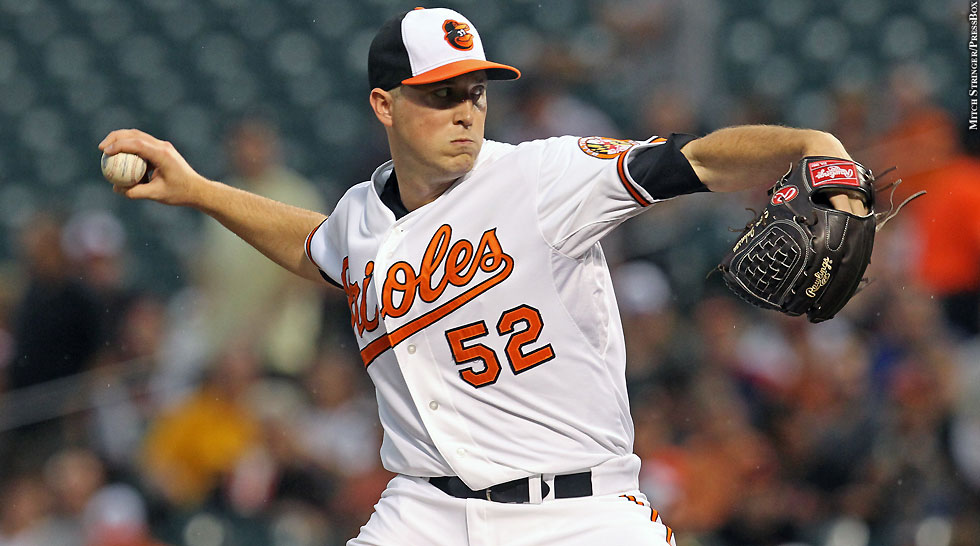 Dustin: At what point were you introduced to the effects of Location and that having a bearing on your success rate?

Steve: First off, just want to say thank you for asking me to do this. It’s important to get people to realize that there are other paths to success and confidence. Being able to locate pitches does wonders for both of those things no matter what velocity you’re able to get to.

I was fortunate to have a father who pitched at the highest level with a mid 80’s fastball. At a very young age he always stressed staying within yourself and hitting a spot. The thing was, we were completely different pitchers. He was a groundball pitcher with a sinker and a slider. I was an 88-90mph strikeout pitcher with a 4-seam invisible fastball and a mid-upper 60’s curve. The thing that helped most was learning what to do next. He was able to teach me what to look for and how to read bats, so I knew where and what to throw next. Learning how to use my skills against what I saw from pitch to pitch made me realize how important being able to execute that next pitch was.

Steve:   Early on, I was always focused on throwing strikes and being around the zone. At a young age, you’re not as worried about where exactly each pitch is as long as it’s over the plate. In high school I really started trying to hit spots and learn when I needed to be more careful with certain at bats. Looking at hitters and who you needed to worry about and knowing when you could pitch around a guy. I think that’s a big part of learning how to pitch. When you know a guy’s weakness and you focus to hit that spot with the pressure on. It’s really hard to replicate those moments and I believe they build confidence in your command more than anything else. As I went into Pro ball you get more scouting reports and more information about how to pitch to each hitter. That’s when I really figured out that each pitch mattered and that I wasn’t able to just throw the ball around the zone. When I started to put more focus into each pitch with a plan on my mind, my command started to improve even more.

Steve: The max effort pitch is hard to explain. I always felt like I threw every pitch with a controlled 100% effort. I didn’t want to lose my mechanics just to try and gain a small bump in velocity. I was able to find that sweet spot where I felt like I gave it all I had but kept everything smooth and compact. The more you play the more you realize that you throw your max velocity when your mechanics sync up right. I noticed that if I reached back for that extra effort, I wouldn’t throw any faster and it wouldn’t be where I wanted it.

Steve: The location that worked best for my arsenal was up in the zone. I loved throwing my fastball and I was able to get a lot of swings and misses or pop ups on balls up in the zone. I had a bit of deception but also used my big, slow curveball to keep hitters honest which allowed me to get my fastball by guys. The high fastball looks too good for most hitters to lay off of and I just used that to my advantage. I also knew that most pitchers would get to 0-2 and want to throw the nasty breaking ball in the dirt and that hitters would be looking for that. I took all of that into account and used my skill set to take advantage of each at bat. I would say that 90% of my strikeouts in my career came from a high fastball.

Now, after saying that, I had to pitch a lot to finally realize where my strengths were. Not everyone can get away with a high fastball. You would never tell a sinker baller to throw the ball up in the zone consistently because that wouldn’t work out for them. I believe that most guys need to learn how to turn their fastball into four pitches. Using it up, down, in and out. There were so many times I tried to go as far into the game just using my fastball. The most important location is being able to pitch effectively inside. If you’re able to establish that you can throw inside, then you won’t have to be as perfect with your pitches away.

Dustin: When you were an amateur pitcher, how did the pitching culture of the game in general affect your training?

Steve:  I played a lot of baseball growing up. When I wasn’t pitching, I was playing the field at shortstop or third base. Our teams played from the spring through the fall and as a pitcher I never felt tired or like I was pitching too much. I believe it helped to play the positions in the field because it kept my arm active in between my outings. There are a lot of safety concerns about playing too much baseball and trying to keep youth arms healthier. While I think you should limit competitive pitching in actual games, I don’t believe you should ever stop playing catch throughout the year. It’s important to continue to have that feel so that your mechanics can stay consistent year-round. When I got drafted and became a pitcher only, I gave myself a full 3 months off of playing catch. When I start throwing again, I felt that I always developed bad habits that I had to work through. I made the change to continue to at least just play catch during my “down time” of the off-season and felt a lot better when things picked back up.

Steve: I think pitchers need to get really good at focusing on the thirds of the plate. Early in the count, I felt that gunning for the corner of the plate left very little room for a mistake. I wanted to leave myself room where if I missed by an inch or so that it would still be a strike. I think that is an important thing for most guys to focus on. A lot of guys get themselves into trouble because they are trying to hit a corner in an 0-0 count, and they miss an inch outside and start 1-0. I always felt more comfortable and confident with the rest of my pitches if I was ahead in the count. As a younger guy, I’d want to put myself in the best possible position to succeed. So my advice for amateur guys is to shoot for the inner third and outer third early in the count. Get ahead of the hitter and then expand from there. Don’t give those hitters too much credit. You see guys get out on pitches right down the middle so don’t be afraid to make a mistake. Pitch with confidence, attack the zone and have some fun out there.

Bio: Steve Johnson is a Baltimore native and was drafted in the 13th round by the Los Angeles Dodgers in the 2005 Amateur Draft.  Steve went on to play 12+ years of professional baseball logging 4 years of MLB time. His average Fastball fell right around 88-90mph and he paired that with a changeup, slider, and curve.  Steve dedicated his life to improving his craft and the mission of Lokation Nation resonates strongly with him.