When Pitch Calling is Stupid 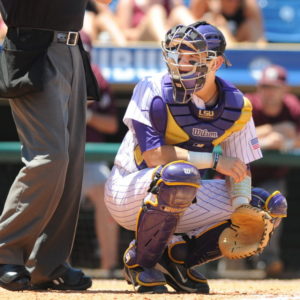 Calling pitches for coaches on the amateur level (aka travel ball through collegiate) can sometimes be construed as an ego assignment. They want to call pitches because it gives them a feel that they are controlling the game, and potentially living vicariously through the game, and helping its outcomes. Poor decision.

Other coaches feel they are educating their pitchers (or catchers) on how to correctly call a game, and what pitches should be thrown when, and in what situations. Unfortunately, having someone call someone else’s pitches doesn’t help them learn the WHY. It simply tells them the DO, in which many instances they still can’t…

When does pitch calling become stupid? Essentially when a pitcher can’t execute pitches above 50ish%, which is still a relatively low number. What does it mean to execute a pitch? To throw the best quality pitch you can, to the intended location mindful of distinct miss zones. 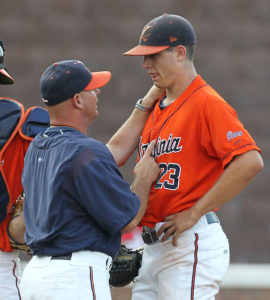 I managed a Division I pitching staff for 2+ years. Coming from a professional background, when I first started, I allowed them to call their own game, throw what they felt convicted in, treat them like professionals that knew what needed to be done. I soon realized the decided convicted pitches between the pitcher’s and the catcher were garbage in pure sequencing and location. There was too much consistency on one side of the plate, and just not smart decisions on when off speed what being utilized.

I opted to to take over pitch calling for the second half of the first season to help them learn. I soon realized that my pitchers who were capable of executing at 60+% were worth calling pitches for, everyone else was a waste of time and mental energy, you might as well flip a coin or just tell them to throw fastballs so they have the best chance to not walk anyone

THIS is precisely why we worked on pitch command day in and day out. PITCH CALLING is completely useless without the ability for pitchers to command at a decent percentage ( 60% or above). If we as coaches are calling 100% of pitches throughout an entire game, and our staff executes less than 50% of those calls, why are we wasting our mental energy and anguish thinking through at bats, reads, swings, scouting reports, etc… Who friggin cares at this point?… Do we just hope to luck into calls and execution?… Sounds about as good as hitting a bonus on a scratch off ticket.

End game? Call pitches for those who are worthy of having pitches called for. We can sit these guys down, communicate with them, further explain and educate why we are calling certain locations, change of speeds, and how the fact that they can execute the calls are getting hitters out.